We chat one on one with Umran Chowdhury, the creator of a contemporary photo series on mental health titled A Little Warmer Than Room Temperature.

The DTS: How would you describe yourself as an artist?

UMRAN: I think I’m still trying to find my place. Its fun experimenting with different mediums of art. I guess I’m mostly known for my photography, which I’ve been doing for three years now, but my inspiration for a lot of my photos or work come from completely different styles and mediums like painting or design. Anyone can be a creator but I like the conceptual part of it more.

THE DTS: Tell me about the concept of this collection; what is the message behind it? What does it mean to you personally?

UMRAN: The concept behind this was to raise awareness amongst people our age. Every one of us has been down before; whether it’s anxiety, depression, loneliness, or the feeling of being in certain situations where you feel lost. I don’t think anyone lives happy and perfect lives, especially at this age or time in society. A Little Warmer Than Room Temperature isn’t just a series for myself that I wanted to put out to the audience that I have. It’s a series where it can relate to and touch anyone and everyone. My only goal from this series was that at least 1 person could benefit from it and be able to open up, express and relate to the images. In whatever form, even if their feeling or interpretation of the photo was different than mine. I’m happy to say that a lot of people were able to do this, to reach out to me even and tell me their perspective of the series. That was my only goal. I gave everything emotionally and mentally in hopes to brighten up the day of at least 1 person out there that may be hiding or scared to talk and open up about their issues. This way we can all start feeling more comfortable in speaking out, seeking help, and whatever it is, through a visual spark. 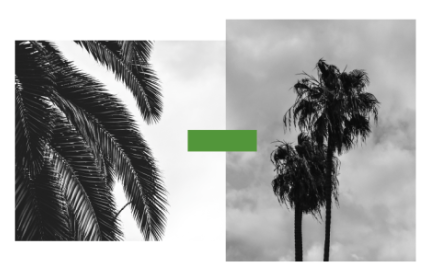 THE DTS: How long has this project been in the making? What made you decide to do it?

UMRAN: I’ve been working on this project for the past two years. It’s been more of a 24/7 thing in my head. I’ve started and stopped so many times. There were times where I’d get back to it for a couple of months. But it was always in my head, I just didn’t really know how to put the pen to paper. I’d think about which direction I should take it, how to present it, how to relate it to people and how to express my self to the best of my ability. I got inspired by Vasilisa Forbes’ work from the UK and was able to get in touch with her about her series. She gave me some great advice and I didn’t give up in that two years. I kept going back to it and here we are today.

THE DTS: What are some of the challenges of doing a project with such a deep meaning? What are the rewards?

UMRAN: I feel that at first when your ideas are just rolling around your head and you feel like you have something great to work with, it has a huge come down effect afterwards. Sort of like a hang over. I was at a point where I had finished the first three images and felt like I was done…but I wasn’t at the same time. I wasn’t content with what I had. I thought that if this series is me expressing myself, then theres no way to do it in three pictures. I still think ten isn’t even enough. But I dug the hole deeper and expanded it into more than just three topics. I threw it all in there. All the feelings I had, all the experiences, all the moods. Its almost like a roller coaster of emotions shown through images. I think the only reward from it was to finally gain the confidence and say you know what, its complete. Its time to post them. So a couple days before Bell Lets Talk Day I knew it was the perfect time. When you work so hard and include so much personal experience into your work, you end up not wanting to put it out there for everyone to see, because you’re just opening up to everyone at that point. I’m not the type to open up to people verbally but I figured something visually would be a good start. Theres a lot of hidden messages in those pictures that I see but the whole point was to raise awareness for people our age to open up so what better way to start that than by putting my self out there first.

THE DTS: Any future projects in mind (that aren’t top secret?)

UMRAN: There’s definitely a lot more. I feel like my mind is constantly working to create more and more. Whether its creating with a deeper meaning or just for fun projects to share with everyone, it’s a good confidence building exercise for me too. I love mixing in different topics and working with different materials. Theres a lot of psychology, science, and literature behind it. There’s a certain style I want to hold onto which is having vibrant colours added into the series in some way, obviously expressing my self and my mind, and touching on social issues which is huge especially in 2017.

CHECK OUT THE ENTIRE A LITTLE WARMER THAN ROOM TEMPERATURE PROJECT AT http://questionnoir.com/ALWTRT