The Peace Tower bells ring out. Loud and clear, they clang, the sound echoing across the sky. But they are not enough to drown out the growing crowd of people spilling out across the grass and snaking around the skating rink, enveloping me from all sides. I am but one girl in a sea of faces; black, brown and white ones, young and old. There are a few men, and I can spot one or two children darting around as they evade the clutches of their mothers. But it is overwhelmingly women.

The crisp winter air is alive with energy. Cool enough to make my hands turn blue, but not cold enough to see my breath. Women hold hands and pose for pictures; their smiles are bright. Shiny smartphones capture every hug. In front of me, an elderly lady with a faux-fur fluorescent pink scarf thrusts a sign into the air. “WOMEN UNITED ARE NEVER DEFEATED” it reads. It is held together by peeling white tape and a slender wooden stick. She holds it with purpose as her hands grip it defiantly. Her black hair is ruffled by the breeze. The scarf cascades down her back, each fibre standing up as if it was fried by an electrical socket. More signs rise up, pointed at the sun in bright pinks, reds and blues. Many sport pink hats with cat ears, the very same unmistakeable headpieces splashed across newspapers and magazines across the world on this day a year ago. The soft colour is anything but. Each person wearing them emanates a sense of ferocity. A carefree young girl in a flowery snowsuit looks pleased with herself, her round apple cheeks are flushed as she adjusts her hat. It’s a simple accessory that has resistance embedded in each stitch of nubby rose-coloured yarn. 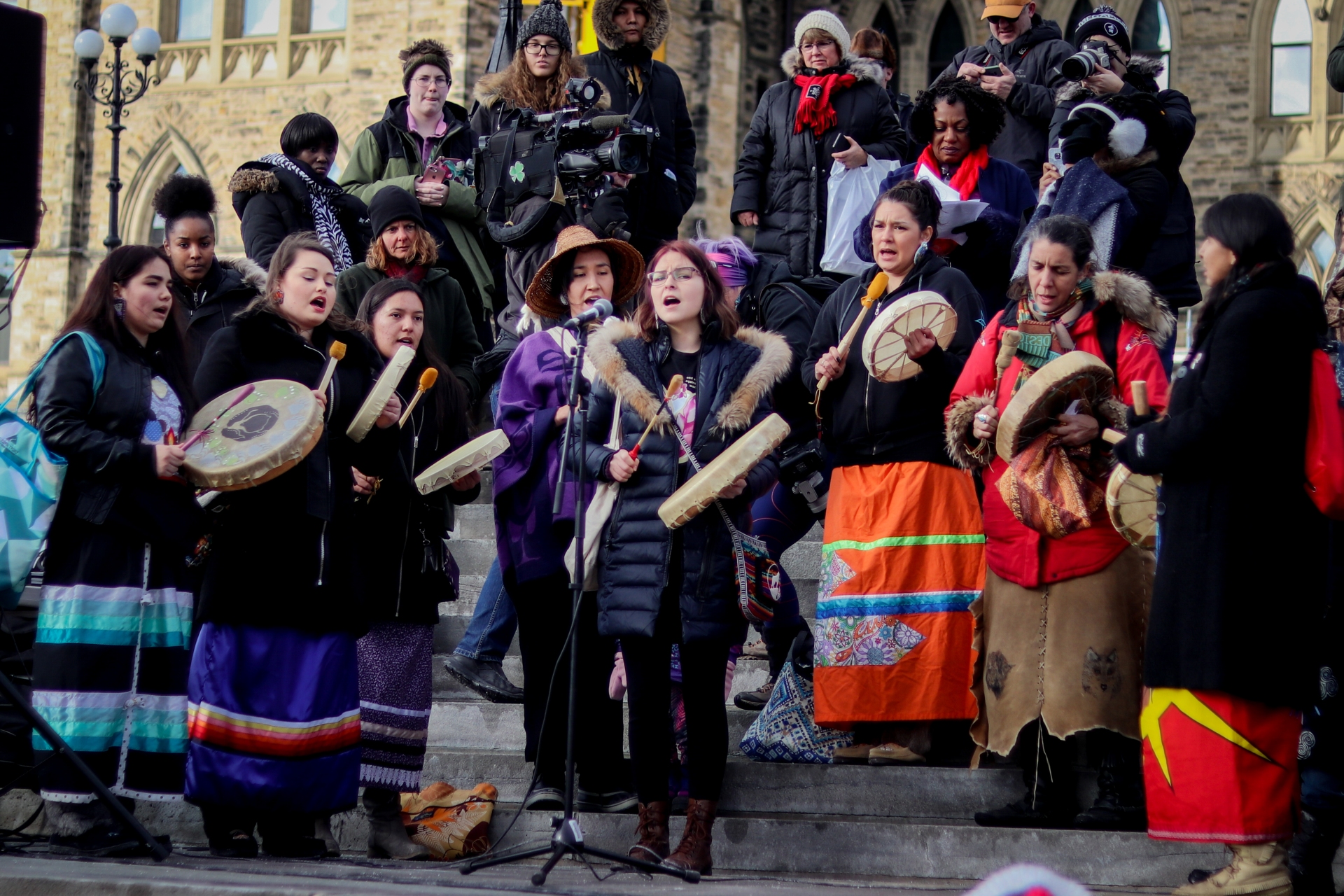 The sound swells up as the drummers begin to move, parting the way in a synchronized fashion. Many of them wear long skirts in vivid colours. They glide through the crowd gracefully, falling in a line to lead the way. Everyone follows as if drawn by some magnetic force. With each drum beat, everyone stands tall as we begin to march. It’s as if we are being led into battle. Each person’s puffy winter parka and chunky black boots is the armour. I link arms with my friends as we move forward. We move out on to the icy street, dodging salty cracks in the grey pavement. I can’t feel my toes, but it doesn’t really matter. Everyone else seems to be immune to the cold as the sun beams down on them. It’s so bright my eyes water. Police cars turn on their flashing lights, which reflect off of the polished glass windows of sleek office buildings. Everything is drenched in light.